We Are So Lucky To Have These Amazing Speakers! 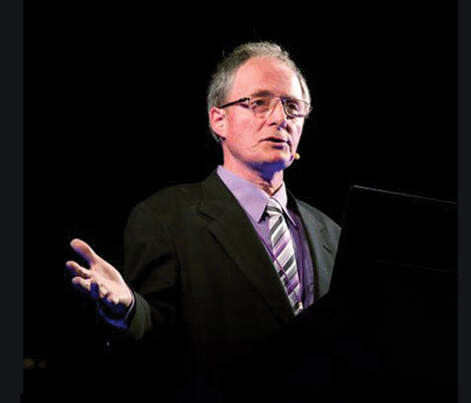 GRANT CAMERON, Winnepeg, Manitoba Canada - Speaking Saturday Night
​
Grant Cameron is the recipient of the Leeds Conference International Researcher of the Year and the UFO Congress Researcher of the Year. He became involved in Ufology as the Vietnam War ended in May 1975 with personal sightings of an UFO type object which locally became known as Charlie Red Star.

After experiencing a noetic mental download event on February 26, 2012 Cameron turned his research interests away from “nuts and bolts” research to the role of consciousness in the UFO phenomena. This new research has expanded out to the possible involvement of non-human intelligence in modern music, and in the phenomena of inspirations and downloads in science discoveries, inventions, Nobel Prizes, music, art, books, near death experiences, meditation, and with individuals known as savants and prodigies.

Cameron has lectured widely in Canada, the United States and Europe. He was one of the 40 witnesses that testified in front of six ex-Senators and Congressmen in Washington for the “Citizen’s Hearing  UFO on Disclosure.” He has appeared on many television documentaries on UFOs, and been interviewed by nearly a hundred radio shows including a number of appearances on Coast toCoastAM.
​
His books include “Alien Bedtime Stories” “Inspired: The Paranormal World of Creativity,” “Tuned-In: The Paranormal World of Music,” “The Alien Documents,” “Contact Modalities: The Keys to the Universe,” and soon “Weird: The Paranormal World of Manifestations and Apports,” and  “Extraterrestrials: Or Maybe Not.”
​Grant's website: Beyond Presidential UFO 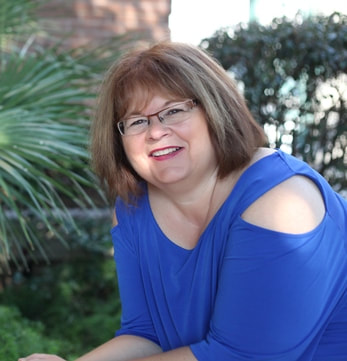 When I gave my notice to the company I worked for, they offered to put a computer in my house (in 1985 no one had home computers), make me an independent contract, increase my pay, and let me work from home. I was one of the original “telecommuters.”
​
I have started several businesses through the years, but my biggest business lessons came when I, purposefully, bought a bankrupt business in 2002 (a chocolate franchise). I turned that business around in 12 months adding $100,000 to the bottom line. Four years later I bought a second bankrupt business (another chocolate franchise), and turned it around in less than 12 months adding slightly over $100,000 to the bottom line.
​
I started helping my fellow franchisees increase their revenue, and then small business owners.
I now work with service and retail businesses to help them turn around their business and increase their cash flow fast." 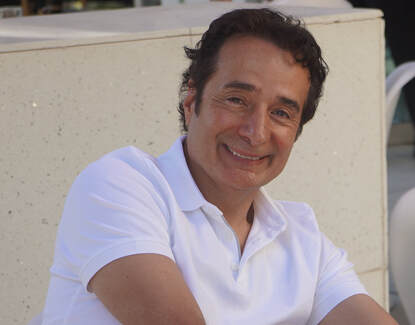 Marcel has been fascinated with extraterrestrial intelligence (ETI) since his early high school days, but it was not until 2015 that he took the initiative to pursue this phenomenon personally. He attended a week-long expedition with Dr. Steven Greer in Vero Beach, Florida, which changed his life forever. Initially, he intended to take a scientific approach to ETI and making contact, but what he discovered was a consciousness component that was the underlying catalyst to this whole experience. Although Marcel was a skeptic of these methods, the physical appearance of two large extraterrestrial craft in close proximity to the group was a profound life-changing event.

Subsequent to this, Marcel joined the CE-5 Brighton Michigan group and eventually became one of the co-leaders and trainers of 100+ members. Marcel created and administers a CE-5 Initiative Facebook group page with 1,550 members, and has his website (where he shares a plethora of photographs and videos of extraterrestrial contact.) He also hosts a human-initiated contact YouTube site with over 300 members.

Marcel has now been on four of Dr. Greer’s week-long expeditions and has volunteered for several of his events across the US and Canada. He was interviewed and appeared in Dr. Greer’s recent movie “Close Encounters of the 5th Kind” and participated in the movie premier in Scottsdale, Arizona. He also participated in a live streaming event in Joshua Tree, California, with Dr. Greer and Demi Lovato, in which he filmed an extraterrestrial craft traversing the sky, which got over 2 million views in 24 hours. Marcel was also interviewed and appeared in the soon-to-be-released movie “Making Contact.”

Marcel is involved with the Rhama group (Peruvian Contact Group) lead by Enrique Villanueva and attended his 5th Mt. Shasta event in 2020. In 2019 he had the pleasure of meeting Grant Cameron, who interviewed him on his popular YouTube channel. He has also been on dozens of CE-5 expeditions in several US states and abroad, including New Zealand, where he experienced his first face-to-face contact with extraterrestrials. Marcel has also had physical contact with ETs in Mt. Shasta and had a 20-minute verbal dialogue with an ET during a CE-5 event in Wisconsin. Marcel has been on events with Sixto Paz Wells, Dr. Jospeh Burkes, and Ricky Butterfass, who has become a good and personal friend. Marcel now practices daily meditation and is actively researching and pursuing the consciousness element of this work.

Marcel is interested in zero-point energy and was a member of a start-up company dedicated to bringing forth new forms of technology that generate electricity using Zero Point Energy [ZPE]. He has his own lab researching overunity hydrogen generators.

In his “3D” life, Marcel is a partner of a large appraisal firm in Ann Arbor, Michigan, and has been a commercial appraiser for over 30 years, emphasizing in hotel valuations. He currently heads the hospitality department, which performs several billion dollars of hotel valuations across the country annually. He also leads the IT department and is responsible for creating and implementing a comprehensive financial and real estate comparable database and an automated narrative report writing program. Marcel has been quoted in several prominent newspapers and teaches a two-hour continuing education course on the “lodging industry” for the Appraisal Institute. He is a graduate of Michigan State University and is a Member of the Appraisal Institute (MAI). He is certified in 10 States, joined the Gerald Alcock Company as an associate in 1991, and became a principal in 2003.

​Tara is the founder of The Muse Method.  After a lifetime of Tara receiving sessions and certifications that were created to fix the problems and pain that life brings us, she felt like she was left on a rollercoaster that always looped back to the pain and problems. Tara found that there had to be more for her clients and for herself.  So, she decided to finally listen to that insistent voice inside for the clarity of what else was possible and The Muse Method was born.  With it she has transformed her own life and those of her clients.

​This is not a method that is the same for everyone.  The key is that our own Muse lives inside each of us and IT guides the way to wholeness and happiness.  The miraculous changes in Tara's clients are what keep her striving forward, and inspired her to create a certification so that more people could be reached with this life changing work. 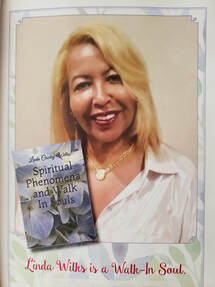 Linda was diagnosed with the devastating news of a crippling and often deadly disease. Attending neurologists at several hospitals concluded that her existence on earth was limited. A miraculous event occurred in her darkest hour as she was made whole through a new Soul that had entered her body. The details are mysterious, yet fascinating. Hear her story on Friday.

Her book, "Spiritual Phenomena and Walk In Souls" tells the story of this mind-bending exchange. 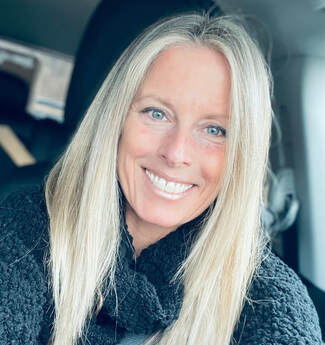 Kimberly is a cornerstone of the contact community in Michigan and the greater Midwest, coordinating gatherings and facilitating events for star ambassadors from all walks of life and backgrounds, in a celebration of universal oneness and harmony. She is a lifelong contact experiencer and has been coordinating CE-5 contact events in Michigan since 2014.

Kim is the author of the "CE-5 40 Day Practice Contact Protocol", which she uses as a means to foster the awakening process within the individual.

She approaches contact work with a focus on consciousness development, using various yogic practices such as breath-work, singing bowls, mantra, and meditation to facilitate heart coherence and activate the intuitive energy centers that serve to enhance the clarity and variety of contact experiences.
Kim completed her first contact training in Joshua Tree, California, in 2013, and returned to Joshua Tree to complete a second CE-5 Ambassador Training with Dr. Steven Greer in 2014. She assisted Dr. Greer during an Ambassador Training in Vero Beach, Florida, in 2015, and has worked with the Rahma Contact Mission at Mount Shasta, California, with Enrique Villanueva the past 6 years.
​
​She has been interviewed about her work and experiences by international author and speaker Grant Cameron. Kim is a Certified Kundalini Yoga Teacher, Certified Intuitive Practitioner, Massage Therapist, Reiki Master, lifelong teacher and student of Psychology of the Soul Studies, and hairdresser of 30 years experience. Her work in the field of contact is based in healing, spirit, light, love, and universal oneness. 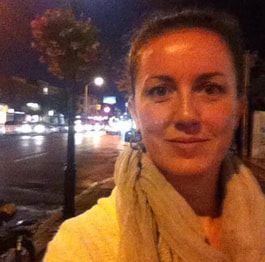 Sinéad is a lifelong experiencer of multiple forms of paranormal connection.  She has also had a deep, lifelong connection to children and young people. She is a special-needs educator, psychic, intuitive empath, mirror-touch synesthete, contactee, and energy healer. She devotes much of her free time as an interviewer and research assistant to Grant Cameron.

​Sinéad will be addressing a small, private group of VIP ticket holders who attended the 2020 Virtual Tribe Event and purchased tickets for this year's event during our Covid year, on a leap of faith. 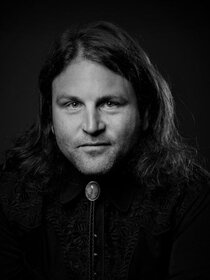 Jeff is a musician, experiencer, and researcher from Chicago, Illinois.  Jeff holds a BFA in Music and is a songwriter/lead guitarist in the band, Blood People, who has played internationally, including notable performances at the 2018 Riotfest Music Festival in Chicago, Illinois, as well as Pouzza Fest in Montreal, Canada.  As an experiencer, Jeff can photograph and film various phenomena from the spiritual world including Orbs, Rods, ET’s, UFO’s, Elemental beings, Xendra Mist, Light Beings with stunning clarity.  Through his documented experiences, Jeff’s mission is to help change this world to be one of love, peace, music and cosmic oneness. ​